Music Therapy and the NHS

This month the NHS celebrated its 70th anniversary and people from all over the UK came out to show their support and share their own personal, and often lifesaving experiences.

The NHS is the largest single-payer healthcare system in the world and treats 1.4 million patients every 24 hours. There is no doubt that the service is a wonder, but the sad truth is that it does not reach everyone.

Charlotte is 19 years old and has Hemi paretic Cerebral Palsy affecting her left side. Due to Charlotte’s condition, she uses an electric wheelchair and suffers from paralysis and muscle weakness down one side of her body. Charlotte has been attending physiotherapy regular but is resistant and gets distressed easily. She is non-verbal but can understand what you say and can communicate back through noises, eye movements and certain gestures which her family and friends have come to understand. She has a great sense of humour and loves to watch her able bodied brother Alex play guitar to which she has sometimes been seen tapping her finger along to the rhythm. 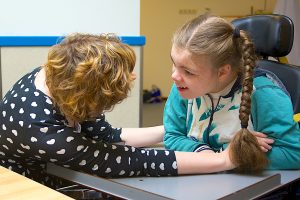 Through Music Therapy, provided by a day care centre that Charlotte attends, she now has increased momentum in her left side and is a lot more socially included. After discussing objectives with the physiotherapist, the Music Therapist has been working on Charlottes motor skills with a cymbal and beater encouraging movement of her limbs with concentration to her left side. Charlotte has now moved on to playing a drum and on recent sessions we invited Alex her brother to come and play guitar along aside her helping to maintain their relationship and for the family to understand how they can help at home.

Jean suffered a stroke 17 months ago, to which Aphasia was one of the effects.  She and her family have found it very difficult dealing with the aftermath of the stroke and Jean’s confidence in public has been greatly affected due to her difficulty with speech. Jean now lives in private supported care due to the onset of dementia recently diagnosed. Every week an entertainment company paid for by a local charity visits the home to perform for the residents. Jean loves to watch them perform and on a recent visit the support workers witnessed her sing along to a few words of “You are my sunshine”.  Although during the performance Jean started to get distressed and she removed herself from the room and refused to attend the week afters performance. 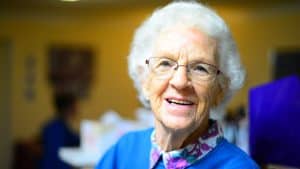 Jean has been having one to one Music Therapy sessions for 2 months now. The attention the Music therapist can give Jean on a one to one basis has really helped build her confidence. Not only has she been able to sing on occasion, but she also has started playing the piano, something she hadn’t done since being a teenager. Her speech is slowly starting to come back and her family have attended some sessions to help them understand how they can best help Jean with her recovery. This week Jean was seen singing along with the entertainers and other residents. We still have a way to go, but with every session her speech is improving.

Michael is 23 and suffered a difficult childhood. Diagnosed with ADHD as a child, he struggled throughout school and was subject to abuse at home. In his young adult life this led to substance addiction and getting into trouble with the police. As a child Michael attended play therapy and talking therapy later into his early teens. Michael rejected the talking therapy, feeling agitated and stopped attending. His aunt is so desperate to help him as there have been signs of suicidal thoughts, but when requesting they try talking therapy again, she was given an estimated wait time of up to 9 months. 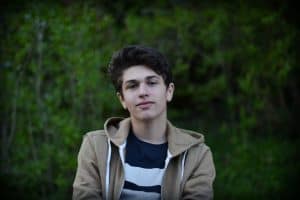 For Michael, Music Therapy meant that he could express himself in a productive way without the need for speech. There was a lot of anger in Michael which he was finding difficult to release without the need for violence. He now finds the release he needs through the instruments, playing them how he feels.  Michael’s life had not had any strong, male role models present, so the fact that the Music Therapist was male helped him to connect and build on his self-worth, discipline and anger management. Michaels Aunt’s only concern is the financial strain this great service is having on her family. As a low income household, they struggle already to make ends meet. Music Therapy is not currently available on the NHS in their area which means Michael’s Aunt foots the bill herself. She is concerned they may have to stop treatment due to lack of finances which could be devastating to Michael’s progress.

The above persons and stories are fictional, but they represent the real life experiences of people Vibe Music Therapy have met over the years. These 3 people and their families, like many of our clients, would not have had access to Music Therapy on the NHS.

Music Therapy has been an established clinical profession for over 50 years but is not currently widely available on the NHS, especially in the North of England. Shockingly some clinical commissioners in some regions have not even heard of Music Therapy.  In most cases you will have to pay for private treatment. In Merseyside there is only one Music Therapist contracted on the NHS to a population of 1.38 million.

The NHS is great, but it could be amazing. Help us to spread the word by telling people how Music Therapy has affected you or someone you care about or share this post to build awareness for this amazing service so that hopefully one day Music Therapy will be standardised on the NHS.

If you or anyone you care for could benefit from Music Therapy please get in touch with us at info@musictherapy.co.uk.